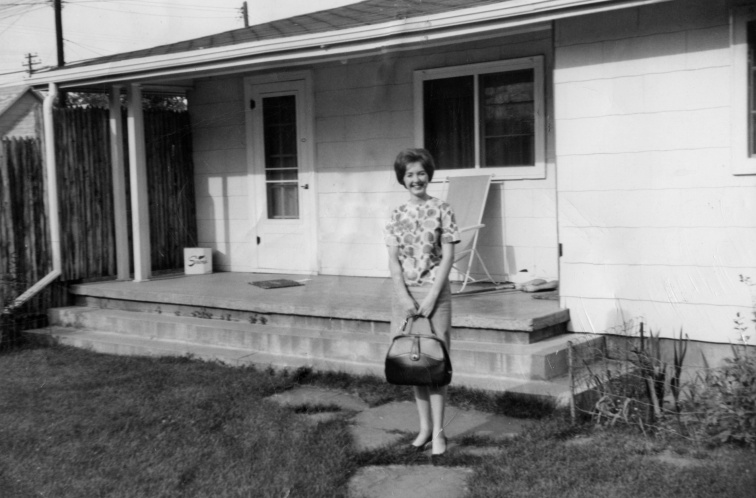 I sat, fidgeting, forcing my mouth to remain closed. I sat, close to tears, watching my mother, her one hand on the mouse, the other covering her mouth. Was she as close to crying out as me? The pointer drifted on the screen, sliding slowly down the available options from the drop-down menu. Sliding slowly back up. And down again. I sat, squinting in impatience at the scene, as she passed it by over and over. Finally, knowing we were on a crunch to finish and seeing the frustration on her face, I leaned forward and put my finger on the screen.

She shook her head in self-disgust and sighed. “Yes, that’s… I didn’t see it there.”

I settled back into my chair as she clicked on the sought-for filter. And oh, her widened eyes, her tightened mouth, when the settings popped up with so many boxes and buttons and sliders to enter and select and adjust; her bewilderment was so overwhelming that I bit into my tongue and wished for blood to fill my mouth so I could swallow my sorrow a little bit easier.

This is not my mother’s first time using Photoshop. She’s used it for years. But you’d never know. And soon, neither will she.

And as I write this, the tears won’t be silent. They argue with my eyelids, pushing, fighting to be born. So I squint to narrow them in, and breathe slowly, in and out, and in and out again, and force these words out instead.

My mother is 77 years old. Most people assume she’s in her mid 50’s when they meet her. A freckled redhead with an easy smile, she wears striped socks and jean jackets and fusses with her hair, constantly pulling down on the sides to cover the hearing aids of which she’s so self-conscious. She’s lovely. So lovely. She has struggled to keep our family together in our country-wide diaspora. We will need each other, she says, when she is gone. And she has kept me together on dark, desperate nights when I was stretched so thin that I threatened to disappear. So full, her love. So strong, her hands.

My mama has amazing hands. They’ve nurtured five children, kept multiple businesses running, and created beautiful works of art. Only one year into college when she met and married my pops, family and keeping us solvent soon became her life. She didn’t stop, though, and took a class here and there throughout the years. When she was 55 years old she went back to school full time as an Art major, and the pride and achievement that flushed her cheeks on graduation day has floated behind me ever since. I’ve learned many things from her, but that may be the greatest. It’s never too late, her benevolent specter whispers. Don’t give up, it implores me. Don’t you dare give up.

Those hands, capable of holding us close and safe against the world, have become slightly gnarled with arthritis. Mama has an art room full of supplies and tablets and canvases, and mama does not draw or paint or sculpt any more. I’ve told her several times in the past few years that I want to commission a piece from her, a piece of her that is irrefutably mine for the coming absent years. I will need something of her then. But she always brushes me off. I wonder if she’s afraid that her crooked knuckles will betray her, bending and blurring her lines. I look at her hands, I look at her eyes, and I see confusion in both, these days. So I press harder, hoping to bring her back, a bit. Give her some more time. And selfishly, yes, myself as well.

My grandma, Genevieve, the sweetest of all ladies, was diagnosed with Alzheimer’s at about this age. She passed away at 85 years old, after being kicked out of her home and shuffled every six months or so, out of necessity, to stay with each of her three daughters until it became obvious that she needed 24 hour care and supervision. Grandma Gen would wander away, and be found in a neighbor’s house. Very kindly they would bring her back, accept our shamed apology, and patiently wait until the next time. Grandma Gen would put toothpaste on her nose, thinking it was lotion, day after day, until brushing our teeth became a furtive act, the tube carefully hidden upon the rinse, the spit. Grandma Gen would tell us of all the things that were made out of ostriches, and we would say oh, how interesting, as she pointed to park benches, and plates, and the Velcro on her sneakers.

Grandma Gen would tell my mother, “I wish I had children. But I never did.”

And all of it tore my mother, shredded and sliced her, as she tried so hard to keep her mother together. Setting her hair in curlers every other night. Sitting through interminable re-runs of “I Love Lucy” and “Green Acres.” Comforting her through tears for weeks, weeks, as Grandma Gen would wake, terrified because she didn’t know where she was or how she got there. Holding her wrists to avoid being hit because Grandma Gen was certain we were out to get her, that we meant her harm, were taking her to her death. This was usually in the morning, when getting her ready for senior day care. And I remember thinking, at the time… perhaps we were. Senior day care seemed like a little death to me then, stultifying and absent of dignity. I didn’t know, then, how much worse it could get.

Alzheimer’s is a cruel disease. Yes, all diseases are cruel. Let us begin with that agreed upon. But there is a layered cruelty with Alzheimer’s. The death of self. The devolution of one’s humanity. And looking back on frantic neighborhood searches and nighttime terrors, I see my mother’s tortured face, and it is now replaced with my own. Frightened, knowing there is no way out of the slow, degrading march into oblivion. For several years, Grandma Gen did not know who I was. But she knew I was supposed to be familiar. She called me “The one with the bright eyes.” And those eyes now look at how my mother dims, and wonder when I will cease to be a person she knows. When she will cease to be a person at all. And the incalculable abyss between, where I will pull on her green striped socks, and brush her hair down over her ears, and hold her close so she can’t strike me in her rage at being taken away, until the fear fades, and the pain, and she is lost to me, finally, all over again.

At the end, that’s what happens. The body forgets how to function. The body forgets its purpose; singularly, to keep the Person alive until the person is gone. Grandma Gen was doing well. Still somewhat lucid. Happy most of the time. Then she fell, and broke her hip. And her body began to shut down, system by system, one organ after another. A week later, she was gone. Her body had simply forgotten how to heal. Alzheimer’s starts small, pilfering a word here and there, getting more and more brazen until whole years are pocketed, loved ones are carted out of sight, and your house is barren, everything that made you You vanished in the hazy, unforgiving night. But the final indignity comes when, not content with everything you are, the thing that robbed you sets your home ablaze and burns you down to ash.

I’ve read enough about Alzheimer’s to know that forgetfulness does not just naturally occur with old age. It is not a causal relationship. There is a certain slowing, yes, of reflexes, of making connections. But this is something more. I’m careful when I watch. I calculate. I compare. Would I have done that? Missed that? Forgotten that? I’m uncomfortable when I think of her driving. She forgets to check the next lane before she merges. She blows through stop signs. She doesn’t think to look behind her as she’s backing out of a parking spot. I fear, oh god, how I fear this, getting a call that she’s been broadsided. Every time I visit, I remind her: check the sides, check the back, look, look, don’t forget to look.

For her birthday last year I tried to buy her a subscription to Lumosity. I told her we’d do it together, compete, make it fun, right? She would have none of it. I’ve bought her books of crossword puzzles, because studies have shown they help delay the onset. I don’t know if she knows where they are anymore. I’ve set up her Wii, multiple times, so that she can do balance exercises and not be so sedentary; another way to forestall the inevitable degeneration.  But it always somehow comes apart, is rendered unusable. And her art. Exercising the creative muscles is one of the best things one can do to retain some plasticity. So I ask. I cajole. I offer to pay, thinking that if she thought of it as a job with a deadline she’d be more invested in getting it done. Into starting it in the first damn place. But I am left empty handed, frantically trying to keep the emptiness from my mama’s mind, failing, and falling, and broken.

So I sit. And I watch her struggle for words, fingers massaging her temples as if to coax them out. More and more of her words are shy these days and retreat to the dark corners. They refuse to be born from her mouth, and her lips purse and her lungs sigh as the sounds she seeks will not come. I will not help her. I will not fill in her silences. I make her reach for it, make those synapses stutter to sparking until the connection is made, weak, faulty, but made. I make her fight. I don’t let her give up. I don’t dare.

The future narrows bleak before us. How many more years, I think, every time I see her. How much longer before my brother calls, tells me she’s wandered off. Or been in an accident, or forgotten to turn off her stove. And I mortify my mind every night, sending a mea culpa into the heavens for all the times I snap at her, impatient. All the times I shout, trying to get through to her. I love her too much to be gentle with her. Because one day it will be too late. Perhaps it already is.

I am afraid that the rage I feel now at being left behind will swallow me. So I try remember as much of her, now, as I can. Because before she dies, before she leaves me without a barrier, and too thin again, and scattered, she will already have gone. And it is beyond bearing, the thought of having to say goodbye to her twice.

I try to remember it all.

Because I know that one day, I will be watching out my own windows, double-checking the locks, waiting for the thieves that will steal all of me away and render me to ash.

7 thoughts on “A House of Ashes”